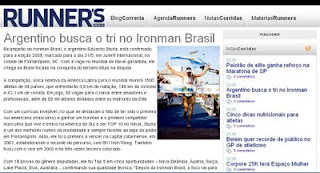 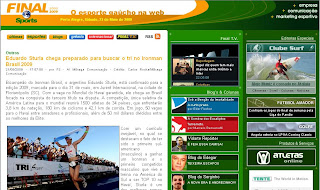 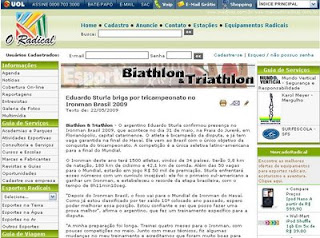 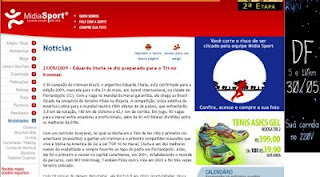 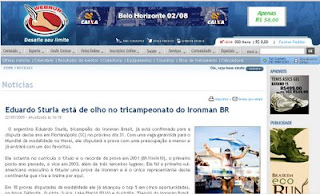 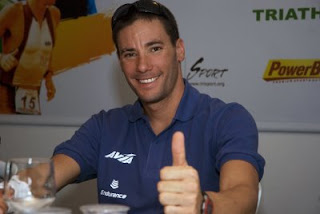 Argentina's Eduardo Sturla was a week out from race day of the 2008 Ironman Brazil. On a ride near Buenos Aires, he hit an oil patch on the road on a corner and down he went, landing forcefully on his right hand.The 2001 Ironman Brazil champion knew immediately that his hand was broken. He also knew that his doctor would have to put his hand in a cast. He realized, also, that the doctor would forbid using the hand in any activity … let alone compete in an Ironman race. To avoid ignoring a doctor’s orders, he decided to skip the stop at the hospital on his way to Florianopolis, Brazil. Seven days after the mishap, Sturla was standing on the sand on Jurere International Beach for the start of the 2008 Ironman Brazil. Sturla, a deeply private and shy athlete compared to many Ironman professionals, did not reveal the injury to anyone prior to the race. He was reluctant to tip off his competition of any weakness.

Sturla had uncharacteristically slow swim time last year. People assumed that poor sighting and/or currents were the cause. Little did those watching or competing against the eight year pro know that with every pull during the swim he was experiencing excruciating pain. It was difficult to observe any weakness in Sturla’s performance last year in Brazil after he exited the water and mounted his bike. Sturla went on to establish a new bike course record, but remained nine minutes behind race leader Benjamin Sanson at the start of the run. Undeterred by the deficit, Sturla laid down the second fastest run split of the day and claimed his second Ironman Brazil title by over 10 minutes.

X-rays after the race show that he did this all with a complete break of his Metacarpal IV bone. Sturla’s perceives his second Ironman title as somewhat of a validation to all the hard work he has put in to revitalize his career. Not only did he overcome the injury, he also overcame some serous demons that had hounded his confidence and race results for almost three years.Sturla explains, "After my winning (Ironman Brazil) in 2001, and having amazing races for three years … then in 2004, 2005 and for the most part of 2006 the results were just not there.”

The native of Buenos Aires Argentina went on to say, “With some personal problems and poor race results I just couldn't understand what once came easy (good race performances) now were so difficult.”In 2006 Sturla made wholesale personnel changes in the people who coach and guide him. During this time the talented athlete, and one-time physical education teacher also met his fiancé, Renata. In his best English he said, “She helped me to believe in myself and that I could, with all my coaches and team, return to a place (good performances) I should have never left.”The results of the changes made were immediate.

Sturla came within one minute of winning Ford Ironman Florida in 2006, coming second in that race after he put together the fastest run split of the day, a 2:55.Since the turn around in his career, the 35-year-old has been on a mission. Thirteenth ('07) and a tenth ('08) place showings at the Ford Ironman World Championship, wins at the '07 and '08 Argentina Long Distance Championships, a third at Ironman Brazil ('07) and, the icing on the cake, the Ironman Brazil title in 2008. Ironman Brazil holds a very special place for Sturla. “I like the weather, the people, the organization, the venue where the race takes place. My first Ironman victory, in 2001, was in Florianopolis. My fiancé’s family are from Brazil (Rio de Janeiro), so I have a lot of important issues that make this country special for me.”

Sturla isn't only focussed on athletics, either. He is very involved with the Prostate Cancer Foundation's Athletes for a Cure program. “My father-in-law was diagnosed with prostate cancer in 2002. It passed to his bones and he has been living with this disease until now. It is under control, but it is hard for me to see a guy like him who used to do sports - run, sail, bike, swim - to think now that he can't do anything because this disease might kill him.”“I want to help people know more about prostate cancer, and cancer in general, how it can be treated,” he says. “As an athlete, I can do my part through the sport and spread the word to South America where people don't know enough about this disease. I want people to know it can be treated and we can fight for a cure together.”

For more information regarding “Athletes for a Cure” go to Sturla’s website: www.EduardoSturla.com

On May 31, for the ninth time, Sturla will be at the swim start on Jurere International Beach in Florianopolis seeking his third championship title at Ironman Brazil.

Be sure to check back to Ironman.com next week when we will preview the race and provide race coverage including text updates, pictures and live timing data. 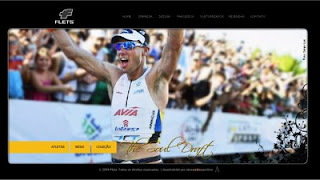 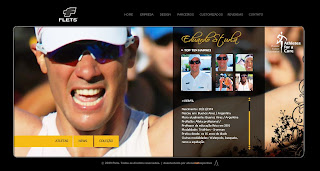 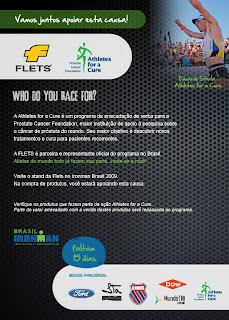