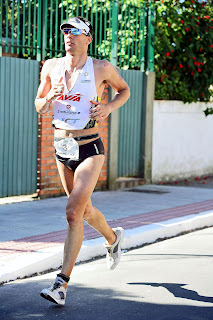 Aliso Viejo, Calif. (May 28, 2008) – AVIA, the leader in endurance sports training products, is proud to congratulate its team of triathletes on their recent string of victories at international and domestic competitions this spring.

Over the weekend, team athlete Eduardo Sturla placed first at Ironman Brazil, securing his second Ironman Brazil title. An accomplished triathlete from Argentina, Sturla overcame a seven minute deficit in the marathon portion of the event to win the international competition.

AVIA Triathlete Eduardo Sturla Back in the U.S., AVIA professional triathlete and three-time XTERRA World Champion, Conrad Stoltz blew away the field at XTERRA West Championship in Temecula, Calif. securing a first place victory in his Avi Bolt racing flats. Beating his ’07 results by over five minutes, Stoltz strode confidently to a victory at the Championship; his 6th win at the event in the past seven years. Also
stepping up to the podium at the XTERRA West Championship, AVIA athlete Trevor Glavin won the amateur field. At the Encinitas Sprint Triathlon, Angela Naeth, an AVIA professional triathlete, took second overall. Naeth finished second to Kate Major in an amazing race.

AVIA Triathlete Conrad Stoltz “Within the last year, we have focused on balancing our multisport team with AVIA legends while incorporating current and future champions into the mix,” notes Ed Goldman, Vice President of Marketing for AVIA. “This spring has been an amazing early season for our team and we look forward to a record breaking year.” 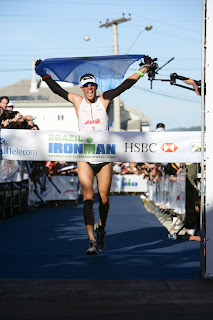